What distinguishes the RMB Turbine Art Fair (TAF) from the other SA art fairs is that it’s all about affordable art. It’s always a bit of a shock when you’re reminded that the definition of "affordable" is "below R50,000" (which somehow always sounds like "up to R50,000" and makes even affordable art sound pretty unaffordable), but you’ll be pleased to know that you can also pick up artworks for just a few hundred rand. 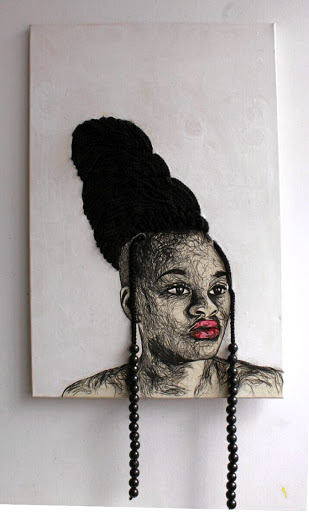 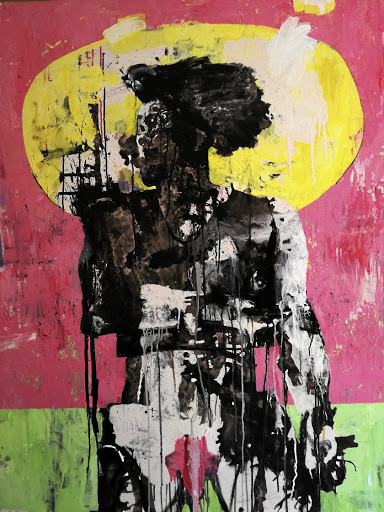 Most fall somewhere between R1,000 and the dizzying upper limit. If you keep in mind that there’s an Irma Stern still life being exhibited that will be auctioned this October with a pre-sale estimate of R8m-R12m, then perhaps R50,000 doesn’t sound so bad.

TAF is exciting because, on the one hand, it’s accessible. The whole tone is less intimidating than many of the snootier art events. On the other hand, even if you fancy yourself as an aficionado, the emphasis on fresh new work and relatively unknown artists acts as a kind of equaliser. Everyone’s a beginner at TAF, because even if you know the local contemporary art scene quite well, there’s little in the way of well-trodden ground and famous names to tell you what’s important. But it’s at this crossover — where beginner collectors and new artists intersect — that the art market really grows, and if you consider that some of the numbers that are bandied about internationally suggest that up to 40% of gallery sales now take place at art fairs, you can get a sense of its importance.

The simple fact is that, with 48 exhibitors at the fair, you get about 380 artists’ work under one roof, which is a fantastic opportunity to get a wide view of new artists and their work. There’s also a bunch of special features and events you can pack into a visit to the Turbine Hall in Newtown this weekend. Here’s what to look out for … 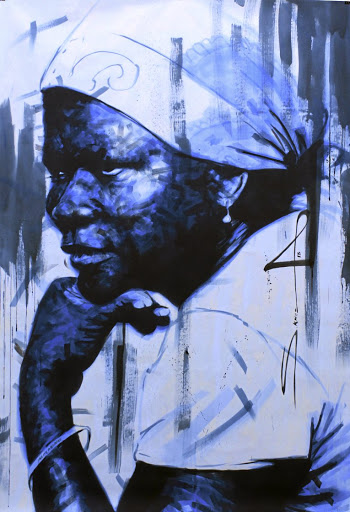 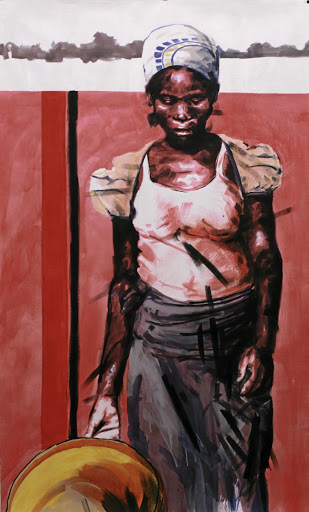 Wilhelm van Rensburg of art auctioneer Strauss & Co, who was the curator for the landmark exhibition Irma Stern: Expressions of a Journey back in 2003, has gathered an incredible showcase of 17 Stern still lifes from various private (and some public) collections. You simply never get to see selections like this, so it’s one of those once-in-a-lifetime opportunities. Now, seeing as these works are not for sale (except for the 1947 work Dahlias, which Strauss & Co will auction later this year) and that the record for a Stern is well over R30m, Van Rensburg has roped in students from universities and art schools around the country to respond to the Stern still lifes by creating their own artworks. He’s got students working in all sorts of media — print, painting, sculpture, ceramics and new media. Not only is it a timely reminder that, even now, the genre still has a lot to give, but the student submissions themselves breathe new life into the form, and will be on sale for a steal.

What would an art fair be without a programme of talks, panel discussions and walkabouts? This year, as well as panel discussions with collectors talking about their approaches and what governs their collections, which is always interesting for beginner collectors, there are curve balls such as walkabouts with unexpected characters like John Vlismas. For upcoming artists, there’s a talk covering success strategies — because apparently a career in art doesn’t have to spell a future starving in a garret. Another one that promises to be interesting is a discussion of how to spot talent. Van Rensburg will be talking about the Stern exhibition, and he’s always fascinating to listen to. The fair also has interior designers talking about living with art. They include Donald Nxumalo and Philippe van der Merwe, of Tonic Design, who has a pretty good record for spotting talent and exhibiting their work at his showrooms before they’re snapped up by galleries, and is known for including art as a meaningful part of his interiors, not just as decoration.

There’s also a talk by a panel of filmmakers discussing their medium as an art form, and a sprinkling of screenings of TED talks. 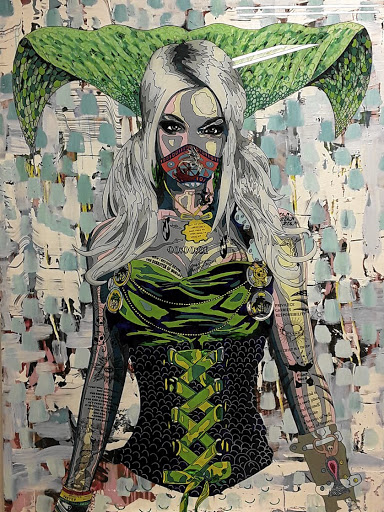 Once known as Fresh Produce, this initiative has been reinvented as RMB Talent Unlocked. Essentially what’s happened is that Rand Merchant Bank, in collaboration with Assemblage and Vansa — organisations that help artists develop the business and entrepreneurial sides of their careers — has funded an intensive six-month workshop programme for emerging artists. The three organisations have also sponsored an exhibition of these artists’ works, which has been curated by ASEF Visual Arts Award-winning photographer Fulufhelo Mobadi, a graduate of the Market Photo Workshop who debuted her first solo exhibition in London last year.

There’s also an exhibition of installation works in the shared spaces in and around the Turbine Hall. It’s been guest-curated by Tamzin Lovell Miller of the Sulger-Buel Lovell galleries in London and Cape Town. She has brought together specially commissioned installations with the question of post-truth in mind. "So what is next when we can no longer rely on truth, when we no longer need it, or even want it?" she asks. "What is post ‘post-truth’?" She’s pulled together artworks that range from the finely crafted to the augmented virtual, by artists who, in her words, "hint at intelligent nature, at new paradigms in which humans participate, who invite us to participate, to engage, to see beyond. Who, rather than untruths, present a hybrid real-unreal." 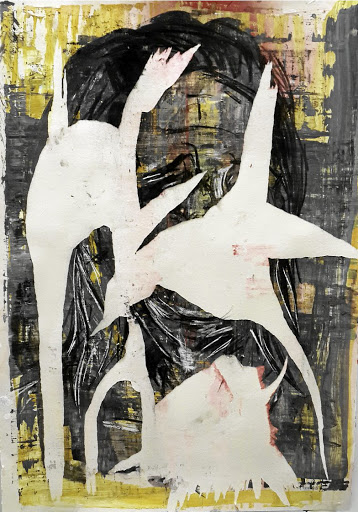 Yes, you can take the kids … and, even better, ditch them at a fantastic kids’ corner facilitated by students from Newtown’s Imbali Visual Literacy Project, who will be facilitating a range of creative and artistic activities for children including drawing and painting, collage and mixed media, beadwork and clay. In addition, artist and art teacher Robyn Penn will be giving walkabouts for kids on Saturday and Sunday — this is your chance to raise savvy and sophisticated little art investors. Walkabouts are divided into separate groups for children aged six to 11, and 12 and older.

Running parallel to TAF, the Newtown Now Festival will hold a series of events around the Turbine Hall and into Newtown. The most exciting part of this festival is the launch of a project refurbishing the Newtown Heads — the wooden carvings that were one of the area’s most exciting public art interventions 18 years ago when the square was first being upgraded. Since then, they’ve taken a bit of a beating, but now Americo Guambe, one of the remaining members of the original team who carved them, is replacing and refurbishing them. Past Experiences, known for some of Jozi’s best inner-city tours, will be running two free walking tours focusing on public art, street art and graffiti in Newtown, while taking in some of the area’s history and temporary interventions created by art students at the Imbali Visual Literacy Project. 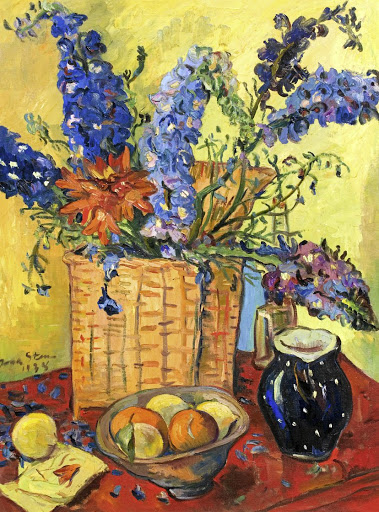 The Forum Company, which runs TAF, has sponsored a number of stands that are definitely worth a look. There’s a booth for The Project Space, which was established a couple of years ago by Uganda-born artist Benon Lutaaya with the intention of creating spaces and opportunities for women artists from Africa and the diaspora. (Apparently just 12% of women make a living from art in SA and, of those, 9% are white and the remaining 3% are black, Indian and coloured.) There is also a stand for an exhibition celebrating artist David Koloane, 80, called This landscape. This landscape! The Quintessential Metaphor for Life. On a similar theme, there will be a graduate show of the best postgraduate paintings and photographs from university art departments across SA engaging with the question of identity, home and land, titled Home/Land.